Reserve your fine dining experience now by calling us at 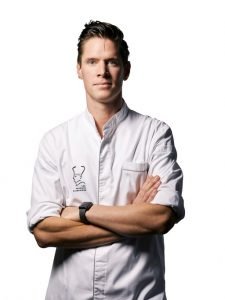 Jos Grootscholten (1984), who was an elite gymnast until the age of 16, has never suffered from a fear of failure. And, it’s lucky for him, because as a fledgling cook he had to hold his own in the kitchens of some of the world’s most prominent chefs. Following internships at Restaurante Martin Berasategui*** and Noma**, he’s been patron cuisinier of Perceel in the Old Town Hall of Capelle aan den IJssel since 2010, for which he received a Michelin star within a year and a half. 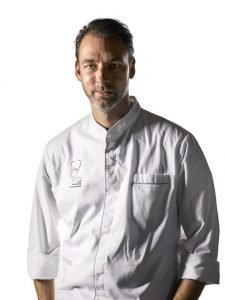 Born and raised just outside Amsterdam, Egon van Hoof (1979) earned his stripes working at Ron Blaauw ** and Aan de Poel **. Since 2015, he’s been the patron cuisinier of MOS Amsterdam, a gastronomic hotspot that is unique in terms of its setting, experience, location and interior. The intention was to set up a charming restaurant combining delicious food and exceptional service – a place where guests feel well looked after. MOS Amsterdam has more than succeeded in its goal and was awarded a Michelin star within a year and a half of opening. 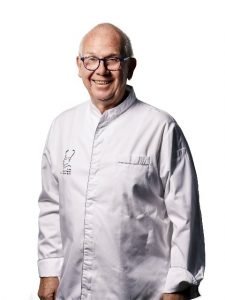 
Growing up as a miner’s son in Mechelen, Belgium it was almost unthinkable that Henk Savelberg (1953) would become one of the doyens of Nouvelle Cuisine. In the Netherlands, he was successively awarded Michelin stars for De Graaf van het Hoogeveen (1982), Seinpost (1985), Vreugd en Rust (1990) and Savelberg (1998). In 2014, he moved to bustling Bangkok, and when Michelin finally found its way to the Thai capital in 2017, Savelberg Thailand was immediately awarded a Michelin star, making him the first Dutch chef to receive five Michelin stars in a row. As one of the founders of Les Patrons Cuisiniers, he still maintains a close relationship with his chef colleagues in the Netherlands. 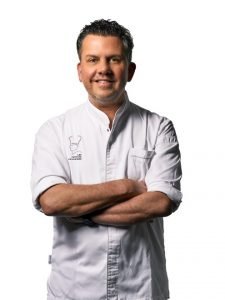 
As a 16-year-old boy with a need for structure and discipline, it’s perhaps no surprise that Yuri Wiesen (1973) ended up in a restaurant kitchen. Here, he not only got what he needed but also found his calling. His impeccable kitchen habits, respect for ingredients and deep understanding of flavour are the result of 20 years of hard grafting in top-level kitchens, where he worked his way up to become a head chef. He has been the patron cuisinier of Restaurant Wiesen in Eindhoven since 2010, receiving a Michelin star in 2014. 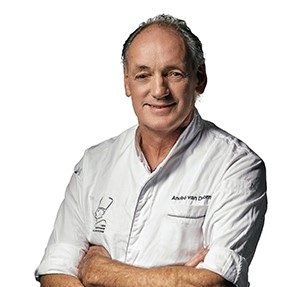 Considering that he grew up in a family of eleven, it’s perhaps no surprise that André van Doorn (1956) was eager to stand out from the crowd at an early age. His career took off in 1978 when he was taken under the wing of Wulf Engel at De Hoefslag*. Here, he grew from strength to strength, with a break to work under Alain Senderens*** in Paris. After working as head-chef for the Dutch Royal Household at Huis ten Bosch, he became patron cuisinier at Heemstede Castle in Houten in 2002, where he was awarded a Michelin star within a year. 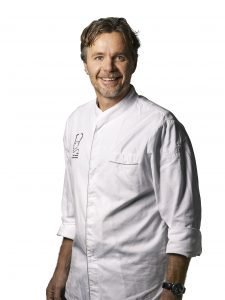 While his grandfather was a baker, a love for Dutch cuisine is something that Wilco Berends (1972) got from his mother. After coming up through various Michelin-starred restaurants at home and abroad, this North Hollander became executive chef at De Nederlanden in Vreeland aan de Vecht. He held on to the Michelin star, and later also on to the restaurant, when he became patron cuisinier of De Nederlanden in 2012.

BOOK NOW BY CLICKING THIS LINK AND GET 10% https://bookv5.chope.co/booking?rid=savelbergeventa1809bkk&source=rest_website.savelbergeventa&d=21+Sep+2019&t=6%3A00+pm&smart=1

Looking for an Amazing Lunch Experience?

Looking for an Amazing Lunch Experience?